A Heritage built on Trust & Expertise 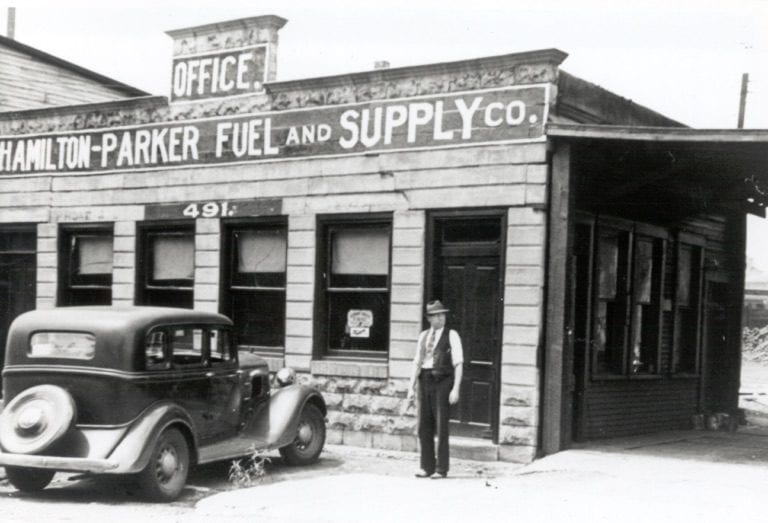 Hamilton Parker began as Hamilton-Parker Fuel and Supply on Vine Street in Columbus, Ohio. In 1934, sagging due to the economic downturn of The Great Depression, the original owners sold the company to I.H. Schlezinger & Sons. They brought in their son-in-law, Alvin Lewin, to run day to day operations, and soon, he purchased the company. Although Hamilton Parker initially sold coal alongside building and foundry supplies, Alvin realized that the company would need to evolve as coal was replaced by cheaper, more efficient forms of heating fuel. In 1960, Alvin’s son Milton was brought on full-time and the company, now formally incorporated, was renamed The Hamilton Parker Company.

Under Milton Lewin’s leadership, the company diversified its product offerings over the next 30 years, expanding with brick and masonry, tile, pre-fabricated fireplaces, and garage doors. And with larger product inventory, it became clear that a new, modernized space was needed, culminating in the 2000 relocation of the company from its original Vine Street location to a newly constructed showroom facility on Leonard Avenue. This period also saw the company’s expansion into other areas of Ohio, including Delaware (1993), Cincinnati (2011), and Cleveland (2018) Now led by Milton’s son Adam Lewin, Hamilton Parker continues the tradition of growth and seeks to keep evolving to the needs of the construction and building industry. And as it looks to its future, the Hamilton Parker draws strength and inspiration from our heritage, to ensure customers build it right.

I'm working on a